The Complete Course To Immigrate

My Online Course is designed to achieve one Goal:
Get a job in the U.S., get your Working Visa and Start Living in the United States of America.

Here’s What You’ll Get

You'll get immediate access to all my practical Video-Classes. You setup your plan, you work on your strategy and you use Templates and procedures to execute and to work on your goals. You decide how fast you want to go. As a result, your Applications will be seen and Recruiters will finally get back to you to setup an interview. The goal of this course is to immigrate fast to the U.S. Get your work authorization and start living your life in America.

A Simple Way To Move To The U.S.

Don't waste time and money. Get straight to the point, understand the VISA Categories and selection process.

Learn How To Find The Right US-Job

Learn How To Connect with U.S. Employers. How To Search for the right job and How To Get An Interview. I

Learn How To Get Sponsored

Master your Interview Process. Know exactly what you have to answer to the questions you'll receive and get as a result your U.S. Sponsorship.

How to Select The Correct VISA

Learn the framework of your best Visa options. As a result, you'll be able to move quickly to the United States.

Here’s what people are saying about the course Instructor

Bernhard is a true leader and a master at Marketing and 3D visualization. He never settles and is always ahead of the game of current technologies. 100% dedicated to every new project he's involved in, his approach is very unique and will look beyond the original scope of what the client is looking for to deliver a final product successfully above expectations.

Bernhard is a rare find, indeed. His depth and breadth of knowledge, passion, skill and experience with problem solving are truly amazing. Bernhard had a positive impact on our company, taught everyone a great deal, opened our eyes, inspired us to learn more, push harder, and find a way to achieve our vision--even if we had to break things to do it.

Bernhard has embraced the American ideals of strong work ethic, dedication, and a genuine commitment to delivering excellence. Accordingly, I can confirm that Mr. Rieder is widely recognized in this industry as a person of extraordinary ability.

What's in the Course?

Here is what you'll get

Learn to understand the basics of VISA Categories and their Rules. Tips to evaluate your Education. Techniques to find Sponsorship Companies. Tactics for Interviews and Options with Immigration Lawyers.

Learn how to prepare. Plan your Mission to move to the United States. Learn How to write a resume, how to boost your chances to be noticed from recruiters. Learn the most important tactics in outreach and how to connect with the right people to increase your interview rate.

Evaluate your best Strategies. Checkout your Best Options to avoid mistakes. Safe money, know the difference in the lifestyle, apply your knowledge and execute until you succeed.

Get All My Templates

Get all my Templates that have been proven working over and over again. My Resume Template, a document checklist and a Budgeting Plan.

It's important to have a resume. But not just any regular resume, that is full with mistakes.

I learned it the hard way. What you have to write in your resume. And what you can't write. Use my proven working Resume that catches the attention you need. Get all other Documents for Download. Checklists, Budgeting, etc.

It's important that all your questions will be answered. And it's even more important that you'll have me on your side while you are proceeding with my online course.

I will not let you be alone. With your purchase, you get my personal phone support for 1hr per week with no additional charge.

One Simple but powerful Video that shows how to create an Introduction Video that will boost your chances to be seen from recruiters by almost 500%.

Don't forget. Job-Hunting needs the extra kick today to stand out from the crowd.

About The Course Teacher,
(Bernhard Rieder)

Bernhard Rieder was born in Austria, Vienna. He finished an Apprenticeship and became a 3D Computer Graphic Designer. After years struggling to move to the U.S. he crafted his own plan and strategy to immigrate to the United States.

After years of struggling, he became obsessed with the Idea to immigrate to the USA. Against all the naysayers, against the recommendation from all immigration lawyers, he found an easy way to immigrate quickly to the United States.

Finally, Bernhard immigrated with his wife and his three little children to the U.S. - by following 100% the rules of the Immigration Law of the United States.

Today he is helping all other people who would like to work in the U.S. - Immigrating to the United States and Starting a new life.

Bernhard is the living proof to immigrate to the U.S. without any special education and within a very short period of time. He loves helping other immigrants, teaching what he learned. Sharing his experience and supporting everyone on it's way to the U.S.

"I was there once alone, I know the struggles and the frustration. And that's why I said to myself. One Day, I'll help all others to do the same without spending thousands of Dollars. Being authentic and help in a practical meaningful way.", Bernhard Rieder 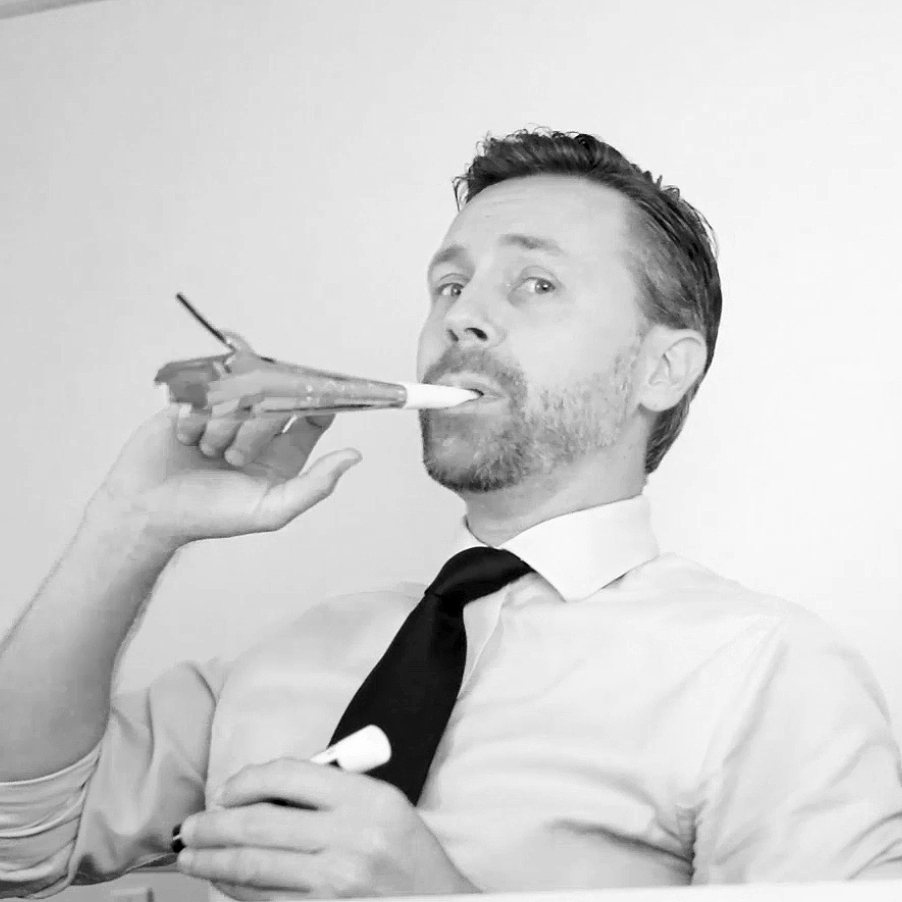 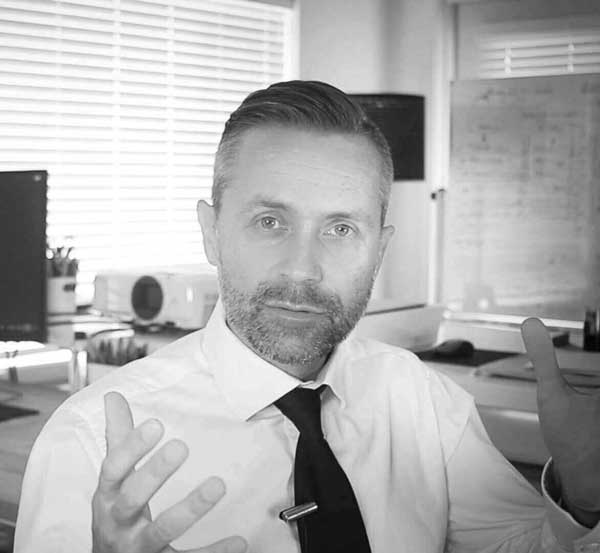 Why The Course Is So Incredible Valuable

Immigration can be a very pricy mission. It's not just about the traveling costs, buying airplane tickets, paying fees for documents, hiring Immigration Lawyers or getting new things in the United States.

When I moved to the U.S. I spent thousands of Dollars to get to the point I am today. And it would be foolish to think relocating and moving to the U.S. will not cost you anything.

I wanted to make sure, that my Course is affordable for everyone. It doesn't matter where you live. If you are in India, Europe, Afrika, Asia, Australia, the Middle East or anywhere else on this planet.

And for that particular reason I made this drastic choice to sell the course to a price EVERYONE CAN AFFORD. And there are no more financial excuses to move to the U.S.

The Value that comes with this Course will save you thousand of Dollars. It will drastically boost your ability to move to the U.S. quickly and it gives you a practical guide simple to follow and to execute. 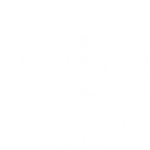 With the purchase of this course, you'll get automatically a 7-Day 100% Money Back Guarantee.

If you should be unsatisfied with my Course, just send me a text message directly to this number +19715063009. Include your name and that you want to have your money back. That's it

I am super proud of this course. I added all my knowledge I gained over the years as a U.S. Immigrant. I advise with practical tips How To achieve what I've achieved as a simple Graphic Designer.

I hope that you'll get my course too, to overcome all your frustration to Start Your New Life in the United States. I was there once too. I know how it feels, and how frustrating it can be.

I hope my course will help you as well to overcome all your fear, your doubts and to take any obstacles. My Course is a practical solution to the many problems immigration to the U.S. can bring.

Take Action Today, it's affordable - no more excuses. If I can do it, you can do it as well. All the best and I also hope to see you soon in the United States of America.

After Purchase you'll receive an Access Code. You can start the Course Immediately.

How long will it take to finish the Course?

You specify how fast you want to get things done. You are the person in charge of your own speed.

Can I ask you additional questions free of charge?

Absolutely. Please feel free to contact me with any questions you have regarding the course content or other related Immigration Issues. I will not charge you anything.

Why are you doing this?

I was once in the exact same situation. I was angry that Immigration Lawyers have been charging me thousand of Dollars. But I didn't get any results. Back then I said to myself, I want to help everyone else that is currently in the same situation. I hate the fact that so many Immigrants are getting ripped off - paying thousand of Dollars with no results. And this is why I started my mission.

Can I get additional Support?

Absolutely. Please feel free to contact me via email at help@gousa.site - I will always get back to you, no matter what. And yes, it's absolutely FREE OF CHARGE.

How can I get my Documents Notarized from the U.S?

I am an authorized Notary Public that can notarize all your documents for the U.S. It works all digital. No, this service is not free of charge - but every Course Owner get's a 50% price reduction.